Nathan is terrible at relationships… Just ask his absent father, his controlling aunt and uncle…or his ex-girlfriend, Sarah. All he wants is to spend the summer before his senior year relaxing in the sun without any conflict or drama. But when he lays eyes on the beautiful, married mother of three at the opening of a yacht club, all bets are off. Jacqueline McCarthy’s life is nothing but a façade… Her husband is a disgraced former athlete who prefers to have his ego stroked by other women. Jackie fills her empty days with yacht club events with other bored, wealthy housewives she can’t stand, and she’d give anything to truly connect with someone. When she meets Nathan and asks him to watch her children, she is captivated by the handsome, charismatic young man with a swimmer’s body. Jacqueline’s attraction to Nathan doesn’t go unnoticed and one particular vindictive gossip is determined to expose what she considers an unsavory secret. Her campaign of rumors and innuendo—and eventually physical evidence—draws the attention of friends and strangers alike, and threatens to bring their world crashing down. However, sometimes those who are quickest to judge are the last ones who should be throwing stones…

The third book published this year for budding author,  Ian Thomas Malone, and from the looks of just the cover, it would not be a usual pick up for me. To me it looked like it would be about a young guy getting with a cougar with a hint of Fifty Shades of Grey, but Malone doesn’t seem like the type of person who would write something like that, so of course I read it!

What can I say about the main character, Nathan? He is certainly a well-rounded individual with the numerous interests and hobbies he often indulges in. There were many times I would stop reading and ask, “What can’t Nathan do?” Even with his father being on the other side of the Atlantic Ocean and being forced to live with family he barely knows, Nathan continues to have a good head on his shoulders.  Until he meets the beautiful and married, Mrs. McCarthy. He cannot get his mind off of her, while she gets drawn in by this extremely mature high schooler. Does Mrs. McCarthy venture down the awkward path of having an affair while summering on the East Coast? Or is Nathan just fighting a crush? You just need to get yourself a copy in order to find out.

Once you start reading you’ll get hooked on Malone’s realistic characters, but you’ll keep reading because of the humorous trials and triumphs of relationships – both finding love and betrayal – mixed with a coming of age tale.

Growing up is awkward. Relationships are awkward too, but Malone nails it when the two are put into the same equation. Yes, the plot was simple, but it was to the point and did not beat around the bush like authors do when they try to “fluff” up their book to make it longer.

I have enjoyed reading Malone’s novels and cannot wait to read whatever he publishes next – no word so far on what that will be, but I’ll have it on my reading list.

For now though, I will be continuing my long #SarahDessenMarathon with The Truth About Forever, my all-time favorite Sarah Dessen novel! Happy reading lovelies! 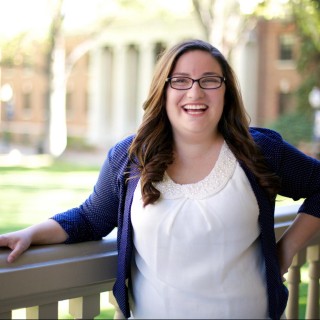 Brunette with a Book

I spend my days teaching 4th graders and when I'm lucky, I can squeeze in some reading and journaling time. I'm a hoarder of books and addicted to Target, Amazon, bookish things, and anything farmhouse/rustic. I drive a "Soccer Mom" car - and have no children. 2019 is a big year as I am marrying my high school sweetheart on October 12, 2019! We have been together since November 11, 2010. Currently, I am finishing up the last requirements for my Multiple Subject teaching credential. I received a Bachelors in General Studies with an emphasis in Elementary Education and Division of Health Sciences (Social Work) from the University of Nevada-Reno in May 2016. I received my Masters of Arts in Teaching and Curriculum in June 2018!

No Wordpress? No Problem!

6 Year Anniversary of Brunette with a Book